I love quotes. There’s something about summing up a grand theory in one or two sentences just resonates with so many people. It’s amazing to think that a few sentences can become the mantra for your life or completely make you rethink your perspective on, well, anything. Quotes are often so memorable because they elicit an emotional response. It’s the reason why they stick with us.

A few weeks back I was sitting the lobby of a charter school that I work with. As I was waiting to be called in for my meeting I was looking around at the bulletin boards and admiring the artwork and signs. “Prom tickets on sale now!” “Don’t forget to order your 2009 year book!” “Class of 2009 we will miss you!” Amongst all of the clutter on the board there was a quote written on a piece of paper. It said:

“We judge ourselves by what we feel capable of doing, while others judge us by what we have already done. ”           – Henry Wadsworth Longfellow 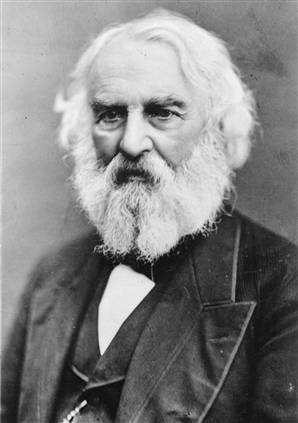 After I stopped giggling at the author’s name it set in how outstanding this quote really was. This quote, to me, summed up the entire essence of social intelligence. I spent some time researching the meaning of this quote and as it turns out it is part of the action/intention debate which asks ourselves, how come we judge ourselves by our intentions when we judge others by there actions?

As we have discussed in previous posts our actions speak very loudly. In fact neuroscience has proven time and time again that in most cases the delivery is far more important that the actual message it self. In our own brains we think before we act, at least I hope so. Every actionable behavior we take place in is direct result of our intentions, or at least it should be. Most social confrontations stem from a lack consistency in perception between the actions we take and the intentions we have. Here is a prime example:

she's just trying to get from point A to point B alive...

We’ve all been behind a slow driver on the road. For those of us who are in a hurry we find the pain of being forced to drive the speed limit equal to that of being water boarded by Dick Cheney himself. So what do we do? We drive up on the bumper of the slow driver until they turn or the opportunity to pass presents itself. At that point we fly by them and stare them down as if to say “what the hell is your problem?!” Yet sometimes as we pass the car in haste we see that the person driving is a very elderly person and suddenly our anger turns to guilt as we rationalize the situation.

Often times a simple understanding of the other person’s intentions is enough to defuse a social confrontation before it starts. So instead of getting pissed at the driver in front of us for their slow pace, one could simply ask the question, “I wonder why they are driving so slowly?” Looking at the example above, you can get pissed off at someone for driving slow, however it’s more difficult to get pissed off at someone for trying to be safe.

Where our Intentions Come From

If we examine others’ intentions as we do our own intentions we can begin to optimize our social interactions and understanding. It is a common attribute of the socially intelligent to think outside themselves and understand others for who they are as well as what they do. You’ll begin to realize that intentions are formed from experiences and this will lead to a deeper understanding of whomever it is you’re interacting with.

Most people make the mistake of starting to perceive at stage three in this process. It’s like only reading the last chapter of a book and thinking you got the whole story. It’s wrong.

The other side of this coin is to examine your actions. Sometimes it helps to put your intentions on the shelf while you take a deep look at your actions in a given situation. This will allow you to get a glimpse of how others might perceive you.

Amazing to think a quote on a bulletin board got this post started. What are some of your favorite quotes? Leave them in the comment section. I’d love to read them and share them with other social-brainiacs.