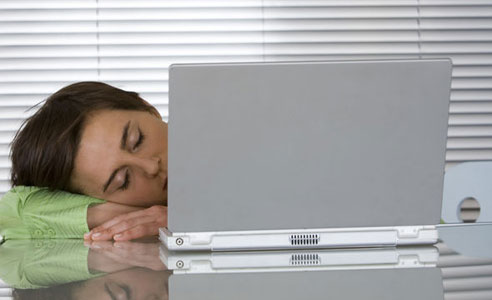 It’s 2:00pm on workday, and you’re sitting at your desk staring blankly at the computer screen. Your eyes narrow as you fight to keep them open. Suddenly you slip, if for just a second, to sleep. Your head drops toward your chest, but at the last second you catch yourself, and now you’re sitting at your desk slightly startled, but still painfully tired and hoping no one just saw you. What you wouldn’t give for a nap at that moment, but you drudge on with the rest of your workday in your dazed and tired state…

The described scenario is one that we have all been through. It’s a scenario that we share with hundreds of millions of Americans each week. In fact, it’s estimated that sleep deprivation is responsible for $100 billion dollars lost each year for US businesses alone. Growing up we were all taught that sleep is important and that we need our 8 hours a night. Unfortunately for most of us that was all the instruction we received about sleep. Sleep has long been a mystery for neuroscientists, however recently studies have given us much more useful insight into our sleep patterns.

The Neuroscience of Sleeping

A healthy human brain is based on a balance of neurotransmitters and energy. In regards to sleep the human brain has two opposing forces that are always “at war” with each other, thus creating a balance. One force fights to keep us awake and the other force fights to keep us asleep. Together this “war” regulates itself in a cycle that when followed keeps us functioning in a healthy optimal state. This was proved in the research by famed sleep researcher, Dement.  Dement did a lot research to discover how we sleep, but much of the mystery remains as to why we sleep.

It was originally thought that we slept to rest our brains; however that turned out to be incorrect. In reality our sleeping brains spend just as much energy our awake brains for 80% of the sleep cycle. So while our bodies are resting our brains are as active as ever. Many researchers look at sleeping brain activity and can make a strong link to learning and cognition. 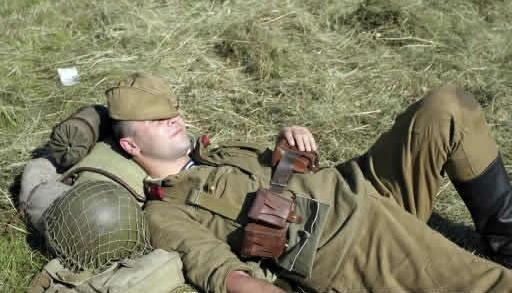 In a military conducted study a soldier who lost one night's worth of sleep showed a 30% drop in cognitive skill. when the soldier lost two nights of sleep he displayed a 60% loss in cognitive skill. if you're in college and reading this you better think twice about pulling that all nighter.

Do we sleep to Learn?

John Medina, in his book Brain Rules, tells of a story about an accountant who talked in his sleep every night. This accountant didn’t just talk randomly, however. Each night this accountant would recall the numbers and statistics, with accuracy, from his day’s work. It’s believed that our brains work like this accountant’s brain in sleep – recalling and consolidating the information we learn through out the course of our days. The neurons of the brain show vigorous rhythmical activity when you’re asleep – perhaps replaying what you learned that day. (Brain Rules, Medina. 2008) 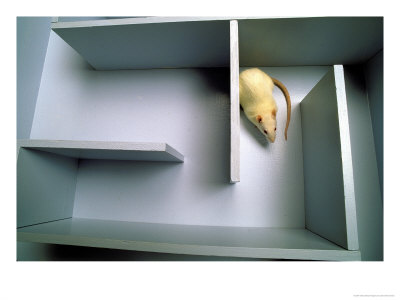 in a haste to return home for the night researchers accidentally left the electrodes still attacted to their test rat. they were studying the rat's neural activity while it navigated a maze. when they reviewed the rat's brain activity from sleep it was shockingly similar to the brain patterns demonstrated while the rat learned to navigate the maze. sleeping to learn...

The conscious human brain processes all sorts of information through out the day. The types of information we consciously process are not limited to the just the empirical, like the accountant’s statistics and numbers or school work. Because the human brain is highly emotional we process information that has emotional content as well. Emotional memory could play a role in our dreams/nightmares. It would seem that each night our brain turns off the outside world to process, reprocess, and then fine tune our cognition. Losing sleep can strongly negatively affect your ability to learn properly.

The truth is that everybody experiences the dreaded “nap zone” each day because it’s part of our biology. The drive for the afternoon nap is universal, and because of that it should be respected. The ever common “9-5 workday” is not a natural occurrence. It was actually invented out of necessity for the industrial revolution to ensure productivity.  And here we are a hundred years later still obeying a schedule set forth by men who pushed buttons and pulled levers. I am not saying we have to change our work days, but just accommodate for nap time.

NASA researchers found out that a 26 minute nap equated to a 34% increase in a pilot’s performance. Napping actually increased performance! The 36th president of the United State of America Lyndon B. Johnson routinely would close the doors to the oval office, put on his pajamas and take a 30 minute nap. Refreshed from his nap he was ready to take on the rest of his long day as leader of the free world. It’s amazing what a nap can do for productivity. This is evidence that the design of our work days should be more sensitive to our biological needs and drives. Some companies, like Google, and even schools are taking a serious look into “nap time” and the design of their days to accommodate for sleep needs and cycles. 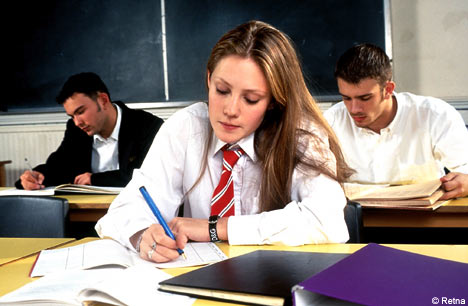 Sleep researchers discovered that the adolescent brain requires 9.25 hours of sleep on average. to accomodate this research one Minnesota school district moved the start time of their school days from 7:20am to 9:00am. It was no surprise that this moved proved to be successful when the average GPA increased school wide and test scores jumped.

In the end we all will have spent an astonishing 1/3 of our lives sleeping. My advice is to take time to truly understand your need for sleep. 8 hours has long been the recommendation, but some require more and some require less. The link between sleeping and learning is extremely intimate and should be respected. If your livelihood is based on your cognitive performance, by all means, get your rest. If you need more motivation, people who get the proper amount of sleep also have healthier bodies in addition to their healthy minds. Thank you, and good night.