Let’s begin with this brain fact: our brains unconsciously perceive people by actively scanning their mannerisms at speeds that are so fast they are undetectable to our conscious thought. None-the-less, our unconscious perceptions of people plays a vital role in governing our social interactions because more often than not these split second perceptions are spot on. For anyone who has ever muttered the phrase, “I don’t know, I just had a bad feeling about him/her.” you know exactly what I’m talking about because your unconscious processes were trying to tip you off that something, or someone, wasn’t right. Off all the things your brain unconsciously scans for facial expressions are by far the most important and telling. 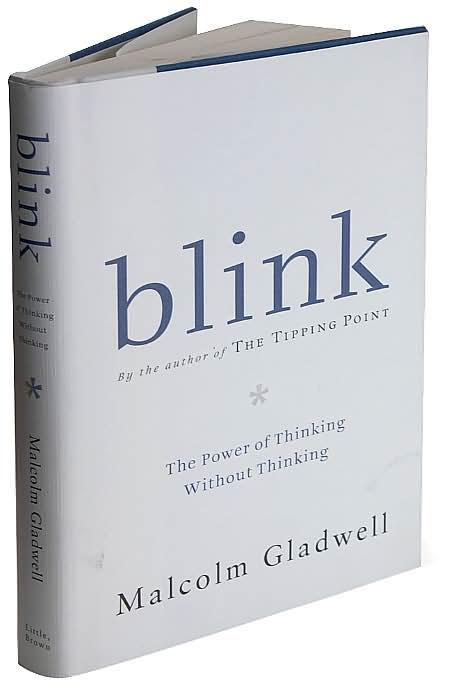 This Blog Post is inspired by the book, Blink, written by Malcom Gladwell, a personal hero of mine.

What’s In a Face?

Our faces are canvases of emotion. In most situations a person doesn’t even have to speak to convey their feelings. Happiness, sadness, anger, disgust, etc. these feelings are painted all over our faces as we work through these emotions. This is a distinctly human trait. Babies, for example, when confused with a task, will look to the facial expressions of their parents for guidance. There is actually a wealth of information to suggest that facial cues played a major role in the successful development and evolution of our species, and it continues to.

Conversation and communication is 90% non-verbal.  An overwhelming majority of the human brain is dedicated to vision and perception. Taking that into account the ability to accurately detect facial cues is vital to communicating. Studies have been conducted where subjects were shown different pictures of people’s facial expressions and the subject had to guess the proper emotion. The people who scored highest in accuracy correlated with a higher level of social intelligence.

Looking at autism, this takes to the other side of the spectrum in regards to social interaction. Most children that are autistic suffer from an inability to successfully navigate social interactions and communicate because their brains have been rewired in a way that doesn’t allow them focus on facial cues. Autism is often linked with Asperger Syndrome, which is when children lack nonverbal communication skills and demonstrate limited empathy with their peers. If you can’t read a face, you can’t detect emotion, and that severely limits your ability to form an emotional bond and understanding with a peer.

No two researchers have done more for the field of emotional psychology that Silvan Tomkins and Paul Ekman. Tomkins was among the first researchers to focus on the link between facial cues and emotion. Ekman was the researcher who traveled the world to find out if facial expressions were universal to all humans. Ekman traveled from Europe to Asia and even met with remote tribes of the Middle East and the jungles of Africa. To crudely sum up his research: Facial expressions are the same all over the world and convey universal emotional cues. When these two minds got together they did some powerful work and completely reshaped how we look at nonverbal communication with facial expressions.

Today, Paul Ekman is in his late 60’s, but over the years of research he has developed a unique ability to pick up people’s facial expressions at speeds that most people would miss. These are referred to as micro expressions. The face cannot hide emotion. At some point in conversation a person’s facial cues will tip their true intentions or emotions even if their words suggest otherwise. Ekman often video records a speech and rewatches it in slow motion to help him detect a micro expression. In fact the first time he saw former president, Bill Clinton, speak in the 1992 Democratic Primaries he detected a facial cue that to him suggested that Clinton was a “bad boy” and a guy who “wants to get caught with his hand in the cookie jar and have us love him for it anyway.” [Bilnk, Gladwell 2005]. All these years later it looks like Ekman was pretty accurate.

The Difference between Fake and Real Emotions

This is a facial comparison of two smiles from the same night. As you can see the one on the right is me smiling in laughter, a genuine emotion.

Here is an example of how facial expressions can convey the difference between faking an emotion and actually experiencing an emotion. Here are two pictures on the same night of me smiling. The one on the left is me “fake smiling” for a picture with a friend. The other picture on the right is a picture someone took while I was in the middle of a laugh – an honest emotion for joy. Smiling is a facial expression everyone can do on a whim. If I asked you to smile right now you could do it, and you would do it by flexing your zygomatic major (cheek area muscles around the mouth). However if you were to genuinely laugh or smile you would flex your zygomatic major, but you would also tighten your orbicularis oculi, pars orbitalis, which is the muscle that circles the eye.

Voluntary tightening your orbicularis oculi, pars orbitalis, is almost impossible, and that is the tell sign for a genuine facial expression, or a lack there of. I circled the wrinkle next to my eye (post orbital bar area) in the photo on the right to show you that it’s only present in a genuine smile. If you look at the photo on the left you will see the skin is smooth and not wrinkled suggesting a face smile. We have two smiles here – one is fake and one is real, but either way I am still really ridiculously good looking (kidding). This is an example in still frame. Can you imagining detecting this in real time as you’re speaking with someone? Your brain can probably do it and you are not even consciously aware of it.